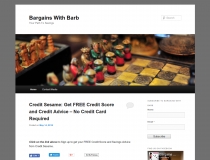 I was recently given the opportunity to review the Watch Ya Mouth Throwdown Edition game with my family. We got a chance to play it tonight and it did not disappoint. It was very funny trying to figure out what the other person was saying with that mouthpiece in their mouth. My husband surprisingly was fairly easy to understand. Must be from all those years he wore a retainer.  Just FYI – be prepared to drool (not my fun part.)

Want a hilarious family game to play? Your search is over. Go HERE to use your 15% off Coupon Code 15WYM that is good throughout the entire month of December.

Disclosure: I received this game FREE from USFamily Guide! All opinions are 100% mine.

Leave a Comment
submit a review Join our blog team

Proud Member of The US Family Guide Network